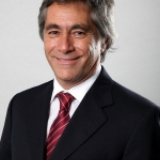 Gustavo A. Ripoll is the executive director for Central America and the Caribbean for Dell. He began his career in Harteneck Lopez and Co. (Coopers & Lybrand) in the consulting department, becoming a partner of the firm in 1998. Following the merger with Price Waterhouse, Ripoll became partner of PricewatrehouseCoopers. In 2003, he became director of Public Sector for the South Cone at Microsoft, later serving as country manager for Argentina and Uruguay. Ripoll served as president of the Institute for Business Development of Argentina (IDEA) and as a board member of the American Chamber of Commerce in Argentina (AmCham). He began his career at Dell in 2008 when he joined the company as country manager for Argentina, Paraguay & Uruguay. Ripoll holds a bachelor's degree in information systems from Universidad de Belgrano and an executive MBA from the University Torcuato Di Tella.