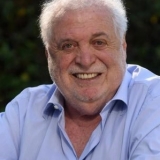 Ginés González García is Argentina’s minister of health and a surgeon. He served as Argentina’s ambassador to Chile from 2007 to 2015. During González’s first appointment as minister of health from 2002 to 2007, he developed Plan Remediar, guaranteeing free access to primary care prescription medications.  He earned his medical degree from the National University in Córdoba, holds various post-graduate degrees in public health and health administration, and received a master’s degree in health systems and social security from the National University in Lomas de Zamora.