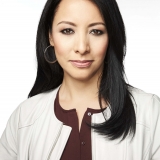 Gabriela Frias is an experienced and recognized business journalist who currently anchors Portafolio Global. For more than 15 years, she has presented financial news from Latin America and the world for CNN, interviewing world leaders and traveling to high profile events such as the World Bank and IMF meetings in Washington and Peru, the G-20 in Mexico, and the World Economic Forum in Davos, Switzerland. Frias began her journey with CNN in 2000 as a producer and collaborator of the business program of the CNNE nightly show, leading the coverage of events as the Internet bubble burst, the aftermath of the 9/11 attacks, the historic default in Argentina, and the coup in Venezuela, among others. She quickly moved to anchor her own personal finance program En Efectivo, launched in 2001. For a decade Frias successfully undertook the task of explaining the elements of the global financial crisis. In late 2010, she took her experience in business journalism to CNN en Español’s Primetime, in CNNDinero, co-anchoring alongside Xavier Serbia. Among the many personalities that she has interviewed are: current managing director for International Monetary Fund, Christine Lagarde as well as former managing directors Dominique Strauss-Kahn and Rodrigo Rato, former Treasury Secretary Paul O’Neill, and Nobel Peace Prize winners Muhammad Yunus and Bill Gates. Frequent guests include heads of state, ministers of finance, central bankers, leading entrepreneurs, and innovators. Frias frequently moderates economic, business, and education forums across the region. Prior to joining CNN, Frias worked as a business reporter for Reforma, one of the largest newspapers in Mexico. In 1998, Frias was co-anchor and reporter for Business Mexico, a joint venture between Reforma and CNN en Español. Frias graduated with honors from Carlos Septíen School of Journalism in Mexico City.