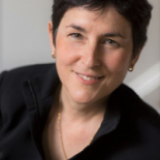 Frida Ghitis is a long-time world affairs columnist. She is a regular contributor to CNN Opinion, and contributing columnist for The Washington Post, and a weekly columnist at World Politics Review. She is a frequent on-air analyst, offering her perspective across multiple television and radio outlets in the United States and elsewhere in English and Spanish. Frida started her career at CNN, where she worked for almost 20 years as a unit manager, producer and correspondent. She has worked in more than 60 countries, in all corners of the world. She has covered news from the Middle East, from the Balkans, from Latin America and elsewhere, reporting live from Bosnia, Iraq, Cuba, Peru, and across the globe. She has filed her dispatched from places as diverse as the Amazon jungle, Tibet, Moscow, Gaza, Kuwait, Sri Lanka, and places too numerous to list. She is the author of The End of Revolution: a Changing World in the Age of Live Television. And recently started publishing a very well-received world affairs newsletter called INSIGHT by Frida Ghitis.