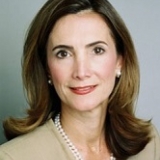 Frances Aldrich Sevilla-Sacasa is the chief executive officer of Miami Operations at Itaú Private Bank International. She is also trust manager of Camden Property Trust. Previously, Sevilla-Sacasa served as the president at U.S. Trust, Bank of America Private Wealth Management and at U.S. Trust Corporation of The Charles Schwab Corporation. She served as an executive advisor to the Dean of the University Of Miami School Of Business from August 2011 to March 2012. From January 15, 2011 to July 31, 2011, she served as the interim dean of the University of Miami School of Business. Sevilla-Sacasa also served as the chief executive officer at US Trust, after holding the position as president of Private Wealth Management Business and Head of New Private Wealth Management Business at Bank of America Corporation. Other positions include the president of U.S. Trust New York Asset Management Division and at The Citigroup Private Bank, where she served as the president of Latin America Private Banking, headed the Global Wealth Structuring business, and ran the Europe Region Private Bank. Sevilla-Sacasa received her M.B.A. in international management from Thunderbird - The American Graduate School of International Management and her B.A. degree from the University of Miami.