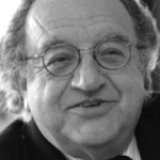 Fernando Cepeda Ulloa is a professor, diplomat, and political scientist. He has served in various government roles in Colombia, including ambassador to Canada, permanent representative of Colombia to the United Nations, ambassador to the United Kingdom, minister of interior, minister of communications, advisor to the president, and vice minister of economic development. Cepeda was also a professor at the Universidad de los Andres for 23 years, where he held several roles, including provost.