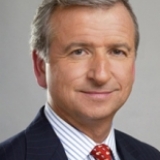 Felipe Larraín is currently a tenured professor at the Universidad Católica de Chile and a member of the executive board of the Center of Economic and Social Policies (CLAPES UC), which he directed between 2014 and 2018. He served as Chile's finance minister from 2010 to 2014, and then from 2018 to 2019. Larraín led the issuance of the first sovereign green bond in the Americas in 2019, and in 2018, he founded and then led (along with Finland) the Coalition of Finance Ministers for Climate Action, which today has 50 member countries. He was vice president of Chile in February 2014, and in that same year he became a member of the UN’s Leadership Council for the Sustainable Development Solutions Network. Larraín has experience as an international consultant, academic, editor, and has authored 15 books and over 140 professional articles. He was the Robert F. Kennedy visiting professor of Latin American Studies at Harvard University from 1997 to 1999. Since 1985, Larraín has served as an economic advisor to several governments in the region. He was also a faculty fellow of the World Economic Forum. Larraín has been a consultant to the United Nations, the World Bank, the Inter-American Development Bank, and the International Monetary Fund. He holds a Ph.D. and a master’s in economics from Harvard University, as well as a bachelor's in economics from the Universidad Católica de Chile.