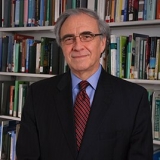 Dr. Diaz-Bonilla has more than 40 years of professional experience working on development and poverty issues, including grass-roots work, academic activities, consulting work, and positions of institutional leadership in international organizations and governments. He has resided and worked for extended periods in different countries of Latin America and the Caribbean and has acted as consultant and staff member with several international organizations: United Nations Development Program (UNDP), Food and Agriculture Organization (FAO), Inter-American Institute for Cooperation in Agriculture (IICA), Organization of American States (OAS), and World Bank. He has extensive experience as advisor and consultant to governments in different developing countries on macroeconomic and trade policies, poverty alleviation, and food security programs and extensive involvement in project preparation, financing, and implementation in developing countries, mainly on agricultural and rural development operations. He has led diplomatic and negotiating activities as a senior diplomat for Argentina, focusing on agricultural trade issues in bilateral, regional, and multilateral negotiations. Dr. Diaz-Bonilla served as a member of the board of executive directors of the IADB for almost nine years, as well as occupying leadership positions as chairman and vice chairman of several board committees responsible for the governance of the Bank. In 2017 he was elected corresponding member of the National Academy of Agronomy and Veterinary of Argentina.