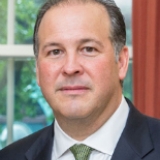 Ambassador of Panama to the United States

Emanuel Gonzalez-Revilla is the ambassador of the Republic of Panama to the United States, appointed to serve by the president of Panama, Juan Carlos Varela Rodríguez, in August of 2014. Until August of 2014, the Ambassador served in various capacities, including: chairman and co-founder of both Panama Power Holdings, Ltd., a clean- energy venture, and Melones Oil Terminal, Inc., a full service fuel storage facility in the Pacific entrance of the Panama Canal; and vice chairman of Trader Tankers, Ltd., a premier barge and bunkering operation providing fuel to ships crossing The Panama Canal. In addition, he is on leave as a member of the board of the following companies: Banco General, S.A., the largest privately owned bank in Panama; Cable Onda, S.A, Panama’s largest Cable TV MSO and full service telecommunications provider; Medcom Holdings, Inc., a broadcast television holding company; MHC Holdings, Inc., a family controlled, publicly traded holding company with investments in financial services and telecom; Empresa General de Inversion, the largest publicly traded company in Panama; GRB Management, a private equity/asset management company; Torres Andinas, a tower company developing and leasing built-to-suit wireless towers in Colombia and Peru; Metro Park, a 100 hectare mixed-use real estate development in Panama City; Costa del Este Business Park, a Class A office park in Costa del Este, Panama; and Petróleos Delta, S.A., the largest fuel distribution company in Panama. Ambassador González-Revilla is a member of the board of overseers of the Graduate School of Education of the University of Pennsylvania and has been a member of the Young Presidents Organization since 2004. Born and raised in Panama City, Panama, he was educated in the United States, attending the Peddie School in Hightstown, NJ, later to earn his bachelor’s degree in finance from the Wharton School of the University of Pennsylvania and his master’s degree in accounting from the University of Miami.