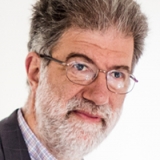 Eduardo Engel is the director of Espacio Público, a Chilean think tank, and a professor of economics at the University of Chile. He is also an associate researcher at the National Bureau for Economic Research and the International Growth Centre. Prior to this, Engel chaired Chile’s Presidential Advisory Council on Conflicts of Interest, Influence Peddling, and Corruption in 2015 and was a professor of economics at Yale University from 2001 to 2012. He has been a consultant for multiple governments and multilateral institutions such as the World Bank, the Inter-American Development Bank, the Development Bank of Latin America, the European Investment Bank and the International Monetary Fund. Engel has published extensively in the areas of macroeconomics, public finance, regulation, and infrastructure economics and co-authored the book The Economics of Public-Private Partnerships: A Basic Guide (2014). He was awarded the Frisch Medal by the Econometric Society in 2002. Engel earned a Ph.D. in statistics from Stanford University, a Ph.D. in economics from MIT, and an engineering degree from University of Chile.