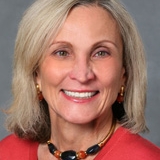 Donna Hrinak is corporate vice president at The Boeing Company and president of Boeing Latin America. With experience in both the private and public sectors, Donna Hrinak is an expert on doing business successfully in emerging markets. She has worked in highly regulated industries, overseen operations in complex, multicultural settings, and led coalitions to create positive environments for business. As president of Boeing Latin America, Hrinak opened Boeing’s first three offices in the region and oversees all aspects of operations, from commercial and defense product sales to research and technology. Her achievements include directing the campaign which led to Boeing’s first sale to the Brazilian Air Force in over 80 years. Hrinak came to Boeing from the food and beverage industry. She worked as vice president for Global Public Policy at PepsiCo, where she designed and led a strategy to confront an increasingly complicated global regulatory environment, while preserving the company’s competitive advantage. Responsibilities included directing PepsiCo’s relationship with the World Health Organization and leading the global industry coalition, the International Food and Beverage Alliance. At Kraft Foods, she managed the Latin American and European Corporate Affairs teams, overseeing government relations and public affairs, corporate social responsibility, communications and issues management, including all change management initiatives for a major business reorganization, One Europe for Growth. Hrinak has also advised senior executives on operating in complex global markets. As senior counselor for Trade and Competition at the law firm of Steel Hector and Davis, she designed and implemented international business strategies in sectors such as energy, media, insurance, and telecommunications, developing opportunities and evaluating political and economic risks. At the strategic advisory firm of Kissinger McLarty Associates, she guided clients in international transactions, including mergers and acquisitions, joint ventures, and divestitures. She has also championed links between trade and competition issues and shaped government decisions for clients in the United States and around the world. Before entering the private sector, Hrinak was a career officer in the U.S. Foreign Service, whose assignments in Latin America and Eastern Europe included serving as U.S. ambassador in Brazil, Venezuela, Bolivia, and the Dominican Republic, as well as deputy assistant secretary in the State Department. As Embassy CEO, she led multinational and multiagency teams in promoting U.S. interests in the host country, including protecting U.S. citizens and advocating for business. Her experiences included advising U.S. companies in complying with the Foreign Corrupt Practices Act. Hrinak is a member of the boards of the Council on Foreign Relations and the Dom Cabral Business School. Among her numerous awards are the Order of Rio Branco from Brazil; the Order of Duarte, Sanchez, and Mella from the Dominican Republic; the Distinguished Public Servant Award from the U.S. Coast Guard; and an Honorary Doctorate of Humanities from Michigan State University. Hrinak writes and speaks frequently on foreign policy and women’s issues. She is a graduate of Michigan State University and also attended The George Washington University and the University of Notre Dame School of Law.