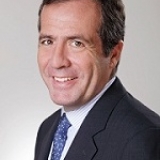 Diego Ferro is co-chief investment officer at Greylock Capital. He joined Greylock in 2009 as a portfolio manager and became a partner in August 2010. He has 21 years of experience working on Wall Street and in banking. Prior to joining Greylock, Ferro was co-head of Latin America Fixed Income Trading and Structuring at Goldman Sachs. In this capacity, he was responsible for the New York and South American operations, which included market making in emerging market debt, proprietary trading and deal structuring in currencies, rates, credit trading, and illiquid risks (asset-backed securities, loans, and hybrid securities). Before joining Goldman Sachs, he spent 11 years at Morgan Stanley where he oversaw the Capital Markets and Structuring group for Latin America. Prior to that, Ferro created and managed the local markets trading and structuring teams at Morgan Stanley. Before joining Morgan Stanley, he worked at Citibank and Lehman Brothers, where he specialized in trading and structuring fixed-income transactions with Latin American assets for clients in the region. Before moving to the United States, Ferro worked in large privatizations for Banco Rio de la Plata (Argentina) where he was a member of the international division involved in telecom, oil, and transportation transactions. He is a member of the advisory board of Entre Todos. From 2000 to 2004, Ferro was on the board of the International Center of Photography in New York. From 2003 to 2006, he served on the board of the Emerging Markets Traders Association. Ferro received his MBA from the Tuck School of Business at Dartmouth College in 1993, where he graduated with distinction as an Edward Tuck Scholar. He earned a bachelor’s in business in 1988 and a bachelor’s in economics in 1989 from the Catholic University of Argentina, graduating first in his class in both.