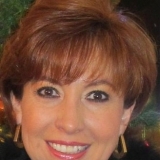 Diana Gómez Herman is the public sector lead for Microsoft México where her main mission is to help government entities accelerate their digital strategies. Prior to this role, she was a sales director for the financial services, telecommunications, media, and entertainment industries. Gómez has more than 30 years of experience in the IT industry having collaborated with different companies, such as EDS, Compaq, and HP. She was also general manager of Unisys México. Gómez also served as a board member of AMITI (Mexican IT industry association), where she promoted greater female inclusion through an initiative called Woman in Technology. She studied at the German School in México and has a degree in computer science from Ibero-American University. Gómez earned a degree in management and administration from the IPADE institute.