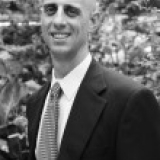 David Papadopoulos is the Latin America markets team leader at Bloomberg News. He is the head of Latin American markets coverage, overseeing a group of 24 reporters and editors in New York and throughout the region. He began covering emerging markets in 1994 and started his career at Bloomberg four years later as a reporter in Caracas, Venezuela.