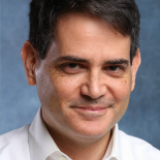 Daniel Korn is director of corporate affairs for Microsoft Latin America where he leads Microsoft’s government affairs engagements in 46 countries in the region. He comes to Microsoft Latin America from Microsoft headquarters in Redmond, Washington where he was on the global IP policy and strategy team driving Microsoft’s engagement on IP issues in emerging markets, with a special focus on China and Brazil. Prior to joining Microsoft, Korn was in private practice in the United States and in Argentina, including at Sullivan & Cromwell in New York and at Allende & Brea in Buenos Aires. He is co-author of Facilitando the Cloud:  Data Protection Regulation as a Driver of National Competitiveness in Latin America (2013) published by the University of Miami Law School’s Inter-American Law Review. More recently, Korn’s article "First to Adopt International Security Standard for Cloud (ISO 27018)" was published by the Trinidad & Tobago Guardian (2015), and "La Tecnología al Servicio de la Comunidad" (2015) was published by Revista UNO. He received his bachelor's degree in music from the Juilliard School (where he was concertmaster of the Juilliard Symphony), his bachelor of arts magna cum laude from Yale College, his juris doctor from the University of Virginia Law School, and his bachelor of laws (equivalency) from the University of Buenos Aires.