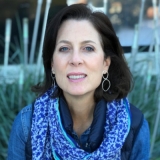 Cristina Vollmer Burelli, a Venezuelan-American social entrepreneur, is the founder and executive director of V5Initiative, a non-profit that leads and supports broad initiatives that promote better and more informed policy making and governance at the national and international level. V5 Initiative promotes and empowers the involvement of individuals, NGO’s and the private sector in matters of public policy through the dissemination of information that will raise awareness and invite action. She matriculated at Queens’ College, Cambridge in 1981 and read for an MA in Social Anthropology.

Previously, as executive director of Alliance for the Family between 2002 and 2014, she successfully took a visionary idea – a K-12 story-based universal values curriculum “Aprendiendo a Querer” – and transformed it into a sustainable, robust curriculum in 3 languages (Spanish, English and Portuguese) as well as an English version for Africa, that has touched an estimated 500,000 children and teenagers in 16 countries, including Cuba where she managed a large scale, complex project involving tens of thousands of Cuban students and families in various provinces including Havana.

Before moving to the US in 2000, Cristina was living in her native country, Venezuela, where she was a trustee of the Alberto Vollmer Foundation, The British School and El Museo de los Niños, one of the largest and most admired children’s museums in Latin America. For the last 20 years, Cristina has been deeply involved in various non-profits in the US that are mainly focused on education and youth, serving on the board of directors of Cambridge in America, The Orchestra of the Americas, founding co-chair of the Global Leaders Program, Families of Character, National Fatherhood Initiative and the Washington Studies Group. The common thread in her work in all these organizations has been her passion for education and the promotion of universal values through different means including classical music.

For the past two years, Cristina has been focused on the humanitarian and environmental crisis in Venezuela. She is the international liaison for advocacy group www.SOSOrinoco.org

She has spoken and written on topics close to her heart such as the challenges and urgent needs for educating in democratic values and empowering the young by inspiring noble purpose through character and entrepreneurship, as well as the environmental devastation in Venezuela.