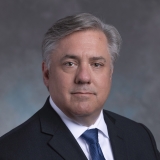 Neff serves on the boards of the Houston Zoo, Council of the Americas, and the Corporate Council on Africa, among others. He is also a member of the University of Houston Energy Advisory Board and Louisiana State University’s College of Engineering Dean’s Advisory Council.