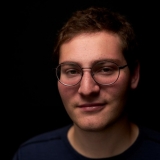 Chase Harrison is an Editorial Associate at the Americas Society/Council of the Americas Online. In this role, he produces digital content on Latin American politics and economics, including articles and infographics. He also is one of the rotating hosts of AS/COA Online’s Latin America in Focus podcast.

Prior to AS/COA, he completed a MPhil degree in comparative politics at the University of Oxford where his work focused on populist parties in Central America and Mexico. For his thesis, he completed fieldwork throughout Mexico City, where he also worked as a political risk consultant. Chase has extensive experience in political campaigns across the U.S. and once held the title of New Jersey’s youngest elected official.