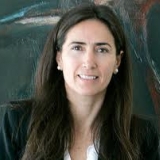 Carolina Schmidt is currently the minister of the environment of Chile. From 2013 to 2014, she was the minister of education. Prior to that, she was the National Women’s Service minister, general manager at Capital magazine, counselor at Women's Community and president of the Magazine Association of Newspapers. Schmidt was also the coordinator of the working group that examined the association between work and family in the show Women's Voice, where she conducted research on child care alternatives that facilitate women employment. Schmidt was also the general manager at the company Calaf, director at Viña Tabali and at the distributor Digraf. She was part of the President’s Advisory Council on the reform of childhood policies established by President Michelle Bachelet, counselor on Women Communities, where she headed the Family and Work Commission, and counselor at the Business Studies Center for Women (CEEM) from Universidad del Desarrollo y Mujer Empresaria. Carolina holds a bachelor’s degree in commercial engineering from the Catholic University of Chile and a marketing diploma from New York University (NYU).