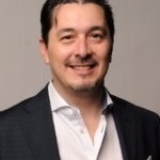 Carlos Santiso has been the director for Institutional Development at the Development Bank of Latin America (CAF) since September 2018. He was the head of Institutional Capacity of the State Division at the Inter-American Development Bank, based in Washington from 2011 to 2018. Santiso has also worked as sector manager for governance at the African Development Bank between 2007 and 2011, governance advisor to the British government aid agency between 2002 and 2007, and as senior operations officer at the International Institute for Democracy and Electoral Assistance between 1996 and 2000. He started his career as an advisor in the French prime minister’s office between 1995 and 1996. Santiso holds a PhD in comparative political economy from Johns Hopkins University, a master’s in international economic policy from Columbia University, and a master’s in public policy from the Institut d’Etudes Politiques of Paris. Santiso has worked in more than a dozen countries in Africa and the Americas. He has written extensively on democracy, governance and aid, democracy, fighting corruption, and state digital transformation.