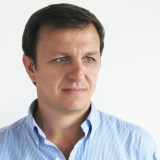 Carlos Lauría is the senior Americas program coordinator at the Committee to Protect Journalists (CPJ) since November 2002. Originally from Argentina, Lauría began his journalistic career in Buenos Aires in 1986. In 1994, Lauría settled in New York as U.S. bureau chief correspondent for the country’s largest magazine publisher, Editorial Perfil. At CPJ, he is responsible for monitoring, documenting, and developing responses to press freedom violations in Latin America. He has led CPJ missions to Argentina, Bolivia, Brazil, Colombia, Ecuador, El Salvador, Guatemala, Haiti, Mexico, Nicaragua, and Venezuela. He is a regular contributor on press freedom issues for news organizations throughout Latin America. He is a journalism graduate of Universidad Católica Argentina. He serves on the board of judges of the Maria Moors Cabot Prizes for outstanding reporting on Latin America and the Caribbean, administered by the Columbia University Graduate School of Journalism.