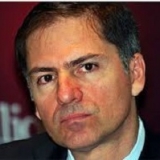 Carlos Felipe Jaramillo is the World Bank vice president for the Latin America and the Caribbean Region, overseeing relations with 31 countries and a portfolio of ongoing projects, technical assistance, and grants of almost $32 billion. Under his leadership, the bank’s operations in the region focus on fueling growth, reducing poverty, supporting equality, and protecting the environment. Jaramillo was previously the World Bank country director for Kenya, Rwanda, Somalia, and Uganda, based in Nairobi. There he managed an operational portfolio of more than 80 projects representing a total investment of more than $12 billion to help countries share and apply innovative knowledge and solutions to the challenges they face. Prior to his role in Africa, Jaramillo was the senior director of the World Bank Group’s Macroeconomics, Trade, and Investment Global Practice (MTI), where he led a global team of more than 450 economists. Since joining the World Bank in 2002, he has also served two terms as country director in the Latin America and Caribbean Region. Before joining the bank, Jaramillo was a public official in the Colombian government, holding offices in the Ministry of Finance, the Central Bank, and the Ministry of Trade. Jaramillo holds an M.A. and a Ph.D in development economics from Stanford University. He has taught at the Department of Economics of the Universidad de Los Andes in Bogota and at the University of Maryland, College Park.