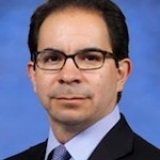 Carlos Capistran is a managing director and head of Canada and Mexico economics at Bank of America Merrill Lynch. Capistran often ranks highly in investor polls and forecast surveys. He has ranked #1 Research Team for Mexico in the Institutional Investor Research Poll four years in a row (2016-2019) and in 2016 ranked #1 in forecasting inflation in Mexico according to Bloomberg. Prior to joining the firm in 2011, Capistran served as director for macroeconomic analysis at Banco de México, where he also worked as senior research economist, and as director for tax policy evaluation at Mexico’s Ministry of Finance. Capistran has published research papers on economics in professional journals and has co-authored chapters in the Oxford Handbook of Economic Forecasting and in the book The Great Recession: Lessons for Central Bankers published by the MIT press. Capistran has a bachelor’s degree in economics from Instituto Tecnológico Autónomo de México (ITAM) and a master’s degree and a Ph.D. in economics from the University of California, San Diego (UCSD).