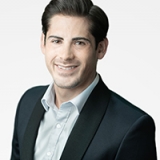 Brett Perlmutter founded and leads Google’s efforts in Cuba. In that capacity, Perlmutter was the principal negotiator of the first ever internet-related deal between the U.S. and Cuba which placed infrastructure in Havana to make uncensored platforms like YouTube available for the Cuban public. He also negotiated and signed an agreement to interconnect Google and Cuba's networks. He originally spearheaded Google’s market entry into Cuba with Eric Schmidt and then championed Google's first connectivity initiative in the country at Havana’s Museo Orgánico Romerillo, which was the only location to offer free, high speed wifi in the country. Prior to the US amending its policy towards Cuba, Perlmutter led the effort to offer Google technology in the country which included the launch of Google Chrome, Google Play for Free Apps, Google Analytics, and Google Toolbar. Perlmutter started his career as a consultant in McKinsey & Company’s New York Office, where he advised CEOs and leaders across North and South America, Europe, and Asia in strategy and corporate finance. He has lectured to students and academics at the Harvard Kennedy School, the McCombs School of Business at the University of Texas at Austin, Brown University, the University of Pennsylvania, and the University of Manchester. In 2016, Perlmutter was named to Forbes’ 30 Under 30 List. A native of Colorado, he received an M.Phil from the University of Cambridge and completed his BA (magna cum laude) from the University of Pennsylvania, where he was a Benjamin Franklin Scholar, the president of his class for 3 years, and the Spoonman– the top honor given to a male student upon graduation.