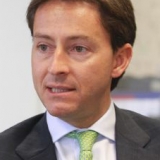 Armando Senra began his career in 1994 at Merrill Lynch in the United States, taking on a number of roles across the firm in both New York City and Princeton. He joined Merrill Lynch Investment Managers (MLIM) in 1997, which merged with BlackRock in 2006. In 1998 he became MLIM's Head of Sales for ML Global Wealth Management in EMEA, based in London. From 2000 to 2003, he was director of MLIM's Private Investors Business in Iberia based in Madrid. From 2003 to 2008, Senra headed MLIM's International Global Wealth Management Business based out of London, leading teams located in EMEA, Asia, United States, and Latin America. In 2008, he became the head of BlackRock's Latin America and Iberia region.