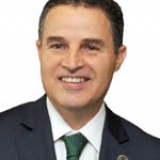 Aníbal Gaviria Correa is the mayor of Medellín, Colombia. Previously, Gaviria Correa served as the governor of Antioquia from 2004 to 2007. During his tenure, he collaborated with local leaders to further development and improve equality for the people of Antioquia. Gaviria Correa was recognized as the best governor in Colombia in 2007 by the Proyecto Colombia Líder and his approval rating reached 89 percent while he was in office. In 2009, he was a presidential candidate from the Partido Liberal and later became their vice presidential running mate in the 2010 elections. He is a business administrator at the Universidad EAFIT and he recently continued his own studies at the Extension School at Harvard University. Gaviria Correa has also participated as a fellow in various courses at the John F. Kennedy School of Government at Harvard University.