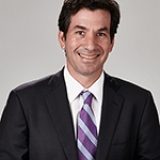 Andy Freire serves as managing partner of SoftBank International Group and head of Couth Cone based in Buenos Aires. Before that, he served as minister of modernization, innovation and technology in the Buenos Aires City government and as elected member of the Buenos Aires Congress. As an entrepreneur, Freire co-founded and led Officenet (purchased by Staples in 2004), a company that revolutionized the industry of distribution (retail) of office supplies in Latin America. He also co-founded Axialent, a global consulting and corporate training firm with operations in North America, Latin America, Europe and Asia-Pacific, where he served as chairman and CEO. In 2011, Freire co-founded Restorando.com (acquired by Trip Advisor in 2018), the leading restaurant online booking platform in Latin America, and Trocafone.com, a buy and sell platform for refurbished smarphones based in Brazil. Andy holds a degree in economics from the University of San Andrés and has a OPM from Harvard Business School.