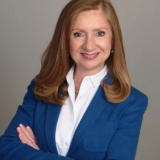 Anabel González is a renowned global expert on trade, investment and economic development with a proven managerial track record in international organizations and the public sector.

In government, she served as Minister of Foreign Trade of Costa Rica; as DirectorGeneral for International Trade Negotiations; as Director-General of the Costa Rican Investment Promotion Agency (CINDE); and as Special Ambassador and Chief negotiator of the US-Central America-Dominican Republic Free Trade Agreement.

Ms González also served at the World Bank as a Senior Director, the WTO as Director of the Agriculture and Commodities Division and as Senior Consultant with the Inter-American Development Bank. More recently, Ms Gonzalez has worked as a NonResident Senior Fellow with the Peterson Institute for International Economics.

She obtained her master's degree from Georgetown University Law Center with the highest academic distinction and has published extensively on economic issues and trade.