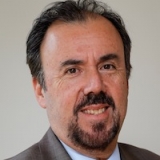 Ambassador of Chile to Japan

Ambassador Julio Fiol is the ambassador of Chile in Japan. He graduated from the diplomatic academy. He is a lawyer with a degree in legal and social sciences from the University of Chile. As a foreign service official, he has served in Chilean missions to the United Nations, Italy, Miami, Mexico, New York, and Washington DC. In the Ministry of Foreign Affairs, he has served in the Directorate of Legal Affairs, in the Department of Foreign Service of the Directorate of Human Resources, as head of the Department of Disarmament and International Security, chief of staff of the General Consular Directorate, chief of staff of the national director of borders and limits, deputy director general for disarmament affairs and international security and director of North America.