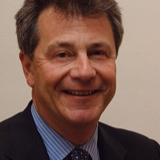 Ambassador Clifford Sobel is presently managing partner of Valor Capital Group, which is a diversified investment group investing in Brazil. He served as U.S. ambassador to the Netherlands from 2001 until 2005 and U.S. ambassador to Brazil from July 2006 until August 2009. Sobel serves on advisory boards to the American Military Commander of Europe and NATO, as well as the Command for American Forces for Central and South America. He has also joined the board of directors for Diamond Offshore Drilling (DO) and serves on the board of Council of the Americas and Christie’s advisory board for the Americas. He also serves on the business advisory board to Fundacao Dom Cabral Brazil (FDC), which is a leading school for executive educational programs.