Crosscurrents: Contemporary Painting from Panama 1968-1998 was an exhibition curated by Monica E. Kupfer and Edward Sullivan, which focused on the past three decades of Panamanian painting, featuring fourteen artists working in a wide variety of styles. 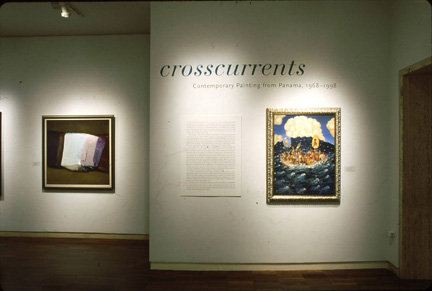 Since 1968, and the dramatic political, social changes that defined that moment, Panamanian painters developed a varied array of unique abstract languages. Although the artists addressed and interpreted common Panamanian themes from tropical environments to political issues, they expressed a prevalent interest in describing their own particular identities as unique and varied.

A link between North and South America as well as between the Atlantic and Pacific Oceans, Panama’s rich history has been marked by the convergence of diverse populations and cultures. Although it didn’t become an autonomous republic until 1903, the history of pre-Hispanic and colonial artistic traditions in this region greatly nurtured the artists of the twentieth century. Panamanian artists also adopted influences from international trends that created the diverse cultural panorama of the country.

Artists Included in the Exhibition: 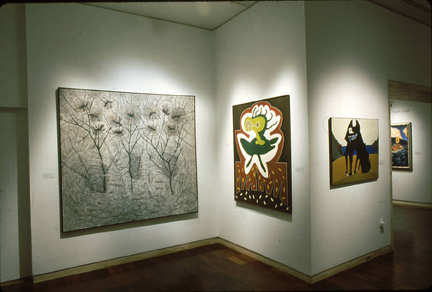