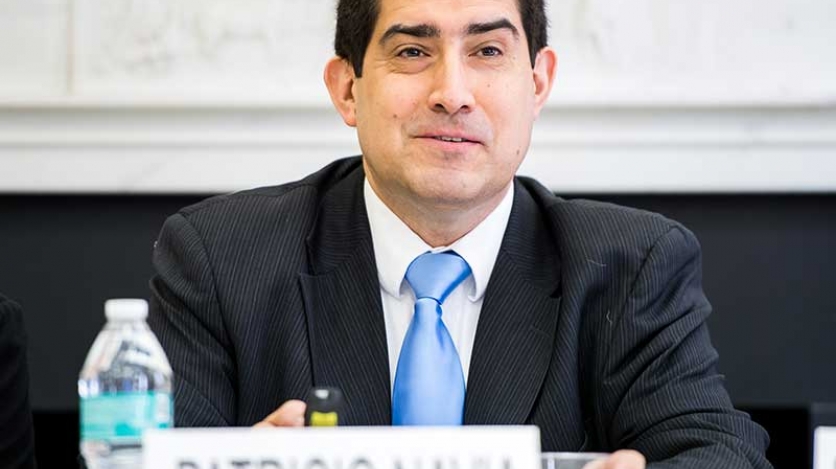 Join YPA and the North American-Chilean Chamber of Commerce for a conversation with political scientist Patricio Navia, who will discuss the president's prospects for passing the tax, pension, and labor reforms he campaigned on.

This event is open to the public: free for members and $15 for non-members.

As he begins his second year in office, Chilean President Sebastián Piñera is running out of time to pass the tax, pension, and labor reforms he campaigned on. If he wants those reforms to produce results before he leaves office—and as the election cycle begins in 2020 with municipal elections—2019 is Piñera’s second chance to introduce market-friendly reforms after four years of the state-centered, left-leaning Michelle Bachelet administration.

Join Young Professionals of the Americas and the North American-Chilean Chamber of Commerce for a conversation with political scientist Patricio Navia, who will dive in to what's next for the Latin American country.

Patricio Navia is a clinical professor of liberal studies and adjunct assistant professor in the Center for Latin American and Caribbean Studies at New York University. Navia is also a professor of political science at Universidad Diego Portales in Chile. He has a PhD in politics from New York University, an MA in political science from the University of Chicago and a BA in political sciences and sociology from the University of Illinois at Chicago. He has been a visiting professor at Princeton University, New School University, Universidad de Salamanca, Universidad de Buenos Aires, and a visiting fellow at the University of Miami. He has published scholarly articles and book chapters on democratization, electoral rules and democratic institutions in Latin America. As founding director of Observatorio Electoral at Universidad Diego Portales, he has co-edited Democracia Municipal (2012), El sismo electoral de 2009: Cambio y continuidad en las preferencias políticas de los chilenos (2010) and El genoma electoral chileno: Dibujando el mapa genético de las preferencias políticas en Chile (2009).