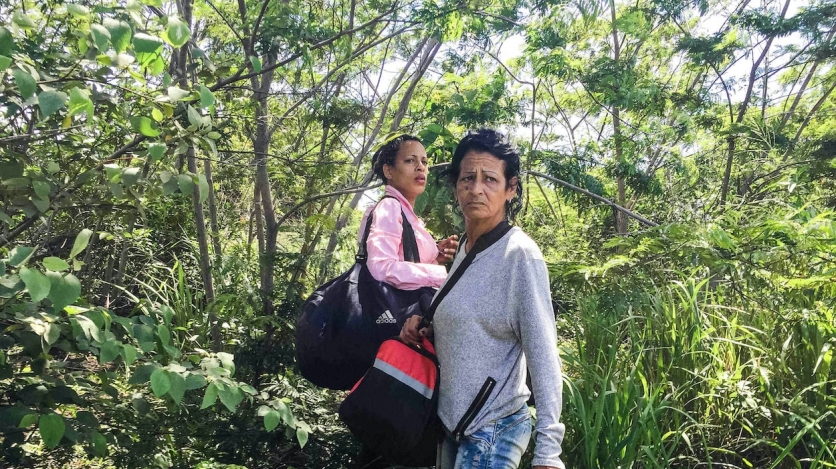 YPA will host the Cuban-American photojournalist at AS/COA for a discussion of her book documenting two women's journey to the United States.

Young Professionals of the Americas will host Cuban-American photojournalist Lisette Poole who will present her new book, La paloma y la ley, and discuss the journey behind this production. The evening will be followed by a networking reception with hors d'oeuvres and wine.

Twenty books will be available to YPA members who pre-register and attend the event.

La paloma y la ley follows two women, Marta and Liset, who left Cuba in May 2016 with no plan, just the name of a coyote—a human smuggler—scribbled on a piece of paper, and a dream to make it to the United States. They hoped to arrive before the imminent end of “wet foot, dry foot,” a policy that fast-tracked Cubans to asylum and permanent residency. Photojournalist Poole followed along on 51 days of this journey through 13 countries, across 10 borders, and 6 days in the Darien Gap—a roadless stretch of jungle between Colombia and Panama. She posed as a migrant and photographed on several formats including a smartphone, 35mm film, and a GoPro. Poole has continued documenting Marta and Liset’s new lives in the United States in the three years since she made the journey with them. Migration is one of the critical issues of our times, but the stories told are often hyper-dramatized, oversimplified, and rarely personal or intimate. La paloma y la ley upends these superficial narratives with one of the most comprehensive accounts of migration ever published. The book renders the journey in all its danger, complexity and humanity. La paloma y la ley was chosen as one of TIME’s 30 Best Photobooks of 2019.

Poole is based in Mexico City after five years in Havana. She graduated with a BA in journalism from San Francisco State University in 2009. Her selected clients include The New York Times, Smithsonian and Time Magazine, among others. She is a Carey Institute for Global Good Nonfiction Program fellow, and in 2017 was granted an Adelante fellowship from the International Women's Media Foundation to document the world of human smuggling in Central and South America. As a first generation American, she grew up surrounded by stories of her own family's migration to the United States fom Cuba, which ultimately compelled her to take the journey herself in 2016. La paloma y la ley is her first book.