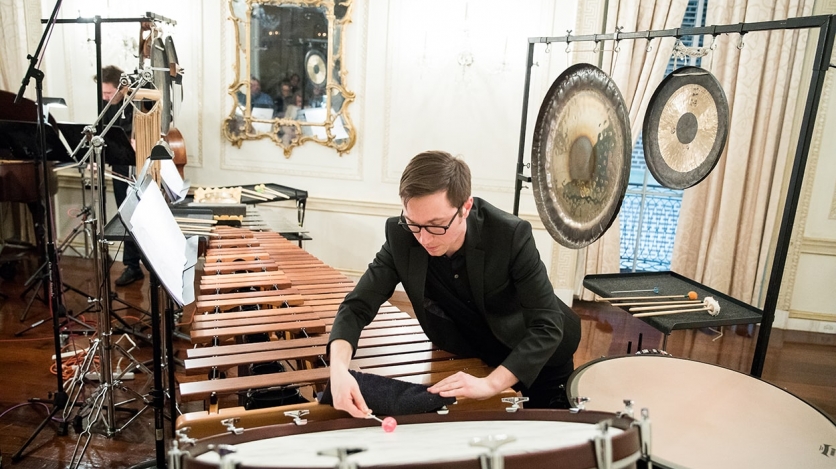 Brazilian composer Michelle Agnes Magalhães explores the limits between gesture and writing, composition and improvisation. The piano plays a key role in these two fields of her musical activity: several important pieces of her composition catalogue were conceived for this instrument, and she performs regularly as an improvising pianist, both as soloist and collaborator. As part of her fellowship at Radcliffe, Magalhaes is at work on a concerto for piano and ensemble intimately anchored to a prior study of Harvard's keyboard instruments collection. The composition process includes an acoustical analysis of Harvard's pianos and fortepianos in order to expand upon the harmonic material of the piece. Magalhães holds a doctorate from the University of São Paulo and a master's degree from the University of Campinas (Brazil). She has been awarded fellowships and residencies from such institutions as the Camargo Foundation, the São Paulo Research Foundation, UNESCO, and the Villa Sträuli. From 2013 and 2017 she worked as a researcher and as a composer at IRCAM (Institut de Recherche et de Coordination Acoustique/Musique, Paris) and in 2018 will be composer-in-residence there.