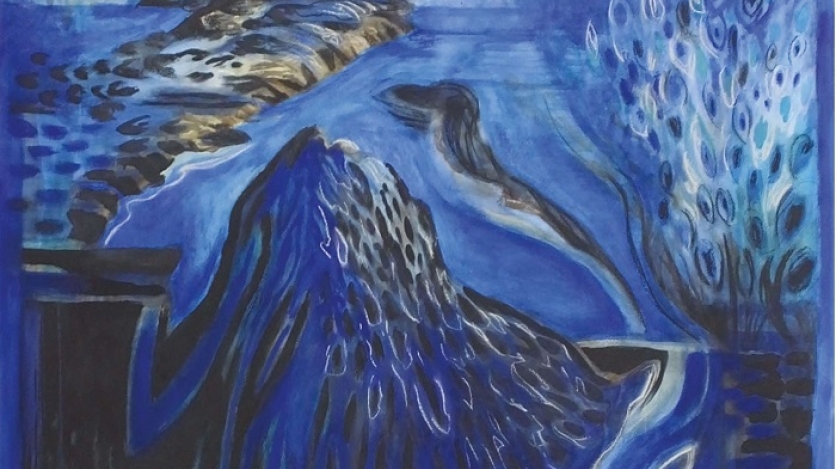 This issue of Americas Society's flagship journal showcases modern and contemporary literature and arts from the Caribbean and Latin America.

Admission: Free for Americas Society Members; $10 for non-members. Not yet an AS member? Join now!

This launch of Review 91, marking the 47th year of publication of the Society’s flagship journal, will feature comments by editor Daniel Shapiro; bilingual readings and presentations by authors Eduardo Chirinos (Peru), Luisa Futoransky (Argentina), Julio Olaciregui (Colombia); translators Gary Racz, Philippa Page, and Jason Weiss; and artist Lydia Rubio. The issue showcases modern and contemporary literature and arts from the Caribbean and Latin America. Copies will be available for sale. In collaboration with Routledge/Taylor & Francis Group, which publishes Review on behalf of the Americas Society.

This event will be held in English with bilingual readings.

Review 91 (Fall 2015; A Year in Review) features historical texts on iconic writers whose oeuvres Review has followed through the years; showcases contemporary writers representing younger generations and various aesthetics, and pieces on the visual and performing arts in the Americas; and presents a substantial selection of reviews of creative titles in translation as well as of scholarly publications, another mainstay of Review since its founding in 1968. This issue also features contents drawn from Americas Society Literature programming. The diverse contents of Review 91 include a text by Alfred Mac Adam celebrating the centenary of the great Boom writer Julio Cortázar; a memorial piece by poet Pura López Colomé about her association with late translator Alastair Reid; texts on Mexican author Sergio Pitol by Juan Villoro and Rafael Lemus, respectively; an excerpt from Argentine author Silvina Ocampo’s posthumous novel La promesa; poetry by Aimé Césaire; and fiction and poetry by contemporary writers Eduardo Chirinos, Luisa Futoransky, Lorna Goodison, and Julio Olaciregui; as well as reprints of classic material by iconoclastic poet Nicolás Guillén and others. The issue also includes public conversations with novelist Esmeralda Santiago and with authors Carmen Boullosa, Rolando Hinojosa, and Nicolás Kanellos that took place at the Society last fall. We’re pleased to present the dynamic images of Cuban-American artist Lydia Rubio, introduced by critic Enrico Santí. Finally, Review 91 compiles reviews of new publications in English and English translation.

Eduardo Chirinos (Lima, 1960) is professor of modern and classical languages and literatures at the University of Montana-Missoula and the author of some twenty books of poetry. His five titles translated by G. J. Racz include: Thirty-Five Zoology Lessons (and Other Didactic Poems) (2015), While the Wolf Is Around (2014), and The Smoke of Distant Fires (2012). His latest collection, Still Life with Flies, is forthcoming.

Luisa Futoransky (b. 1939, Buenos Aires) has published twenty collections of poetry, five novels, and several nonfiction books. Recent books include Pintura rupestre (2014), poems, and 23.53 Noveleta (2013); and The Duration of the Voyage (1997) presented her selected poems in English translation. Retired from the Spanish section of the Agence France Presse, she has lived in Paris since 1981 after a decade in Rome, Tel Aviv, Tokyo, and Beijing. She is the recipient of many awards and honors, and her work has been translated throughout the world.

Julio Olaciregui (b. 1951, Barranquilla, Colombia) has lived in Paris since 1978 and published many books, most recently: Vida cotidiana en tiempos de García Márquez (2015), and the story collections La segunda vida del Negro Adán (2014) and Una mano en la oscuridad (2013). Besides fiction, he has also written plays, poetry, and film scripts; was long involved with African dance troupes in Paris and produced a couple of music recordings in Senegal; helped raise a French family, with one grandchild already; and recently retired after decades as a journalist in the Spanish section of the Agence France Presse.

Philippa Page is assistant professor in Spanish and film at Newcastle University in the United Kingdom, where she lectures on contemporary Latin American culture, international film, and translation studies.

G. J. Racz is professor of foreign languages and literature at LIU Brooklyn, review editor for Translation Review, and past president of the American Literary Translators Association.

Lydia Rubio (b. Havana) is an American multi-disciplinary artist who has had over two dozen solo shows, including at the NSU Art Museum in Ft. Lauderdale and the Bronx Museum. Her work can be found in the permanent collections of numerous universities and private collectors, and as public art commissions at Raleigh-Durham International Airport and The Women’s Park in Miami.

Jason Weiss has translated Luisa Futoransky's The Duration of the Voyage: Selected Poems (1997) and, most recently, Silvina Ocampo (selected poems, 2015). He has also published The Lights of Home: A Century of Latin American Writers in Paris (2003), among other work, and his latest book is Cloud Therapy (2015), reflections on swimming.