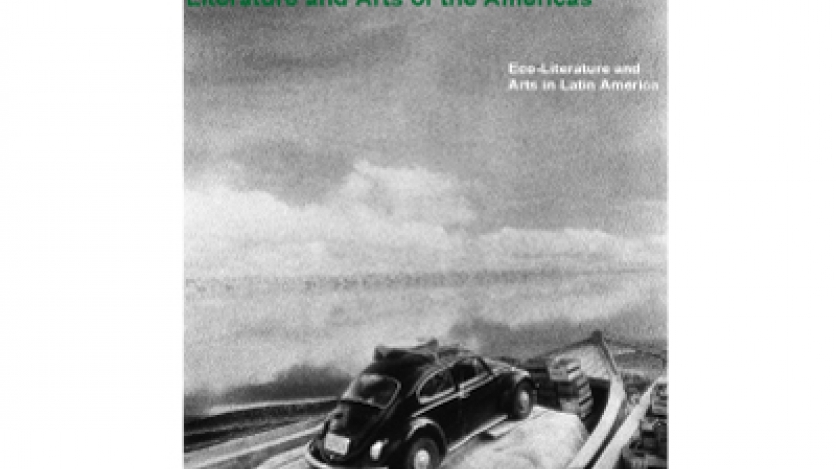 On the final night of the Americas Society's Eco-Literature in Latin America symposium, please join us for the launch of Review 85.

This launch of the Eco-Literature and Arts issue of Review, which culminates the three-evening eco-literature symposium, will feature comments by editor Daniel Shapiro and guest editor Steven F. White (St. Lawrence University), who will discuss the conception and development of the issue. The event will also feature bilingual poetry and fiction readings by contributing writers who explore the topic in their creative work, specifically, Homero Aridjis, from Mexico; Astrid Cabral, from Brazil; Esthela Calderón, from Nicaragua; Leonel Lienlaf, from Chile; and Juan Carlos Galeano, from Colombia/USA. Copies of Review 85 will be available for sale. Comments in English, Spanish, and Portuguese (simultaneous interpretation available); bilingual readings of texts.

The symposium will open on Wednesday, November 14, at 7:00 p.m. with a keynote lecture by Mexican writer Homero Aridjis and will continue on Thursday, November 15, at 4:00 p.m. with two films, Confluencias and The Trees Have a Mother; the films will be followed by a panel on eco-literature with scholars Laura Barbas Rhoden, Sofia Kearns, Jeremy Larochelle, and Christopher M. Travis.

Daniel Shapiro is the editor of Review magazine and director of literature at the Americas Society.

Homero Aridjis (b. 1940, Contepec, Michoacán, Mexico) is one of Latin America’s most prominent writers and environmental activists. His latest publications, comprising both poetry and prose, include Solar poems (2010), Los Invisibles (2010), Diario de sueños (2011), Los perros del fin del mundo (2012), Tiempo de ángeles/A Time of Angels (2012), and, with Betty Ferber, Noticias de la Tierra (2012).   He has served as president of PEN International (1997-2003) and as Mexico’s ambassador to Switzerland, the Netherlands, and UNESCO. Aridjis founded the international Group of 100.

Astrid Cabral (b. 1936, Manaus, Brazil) is a poet, critic, novelist, and diplomat who made a precocious literary debut with the celebrated Alameda in 1963. A well-known eco-activist, she is the author of numerous volumes of short stories and poetry, including Cage (2006; 2008), translated by Alexis Levitin.

Esthela Calderón (b. 1970, Telica, Nicaragua) is the author of Soledad (2001), Amor y conciencia (2004), Soplo de corriente vital (2010), a pioneering collection of ethnobotanical poems, and Coyol quebrado (2012). Her poems have appeared in World Literature Today and Translation Review. She is currently an adjunct instructor of creative writing in the department of modern languages at St. Lawrence University.

Leonel Lienlaf (b. 1969, Alepue, Valdivia, Chile) is a Mapuche poet whose Nepey Ñi Güñün Piuke (The bird of my heart has woken, 1989 Premio Municipal de Literatura) was the first full-length collection of poetry in Chile published in bilingual format (Mapudungun/Spanish). Lienlaf has also done scholarly work on ethno-semiotics and the nature of oral poetry. His work was featured in Ceclia Vicuña’s Ul:  Four Mapuche Poets (1998).

Juan Carlos Galeano, who was born in 1958 in the Amazon region of Colombia, has published Amazonia y otros poemas (2003) as well as Yakumama (and Other Mythical Beings) (2011), and has translated work by several American poets such as Charles Simic into Spanish. His poetry, inspired by Amazonian cosmologies and the modern world, has been published in Casa de las Américas, The Atlantic Monthly, and Ploughshares. He lives in Tallahassee, Florida, where he teaches Latin American poetry and Amazonian cultures at Florida State University.

The Mexican Cultural Institute of New York and the Association for the Study of Literature and the Environment.