Images courtesy of the artists and Boosey & Hawkes. 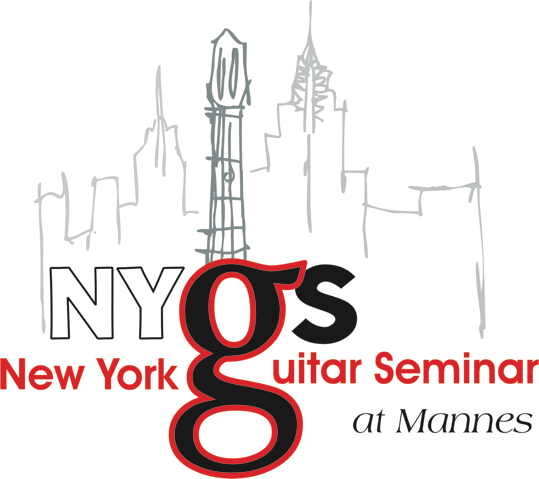 Pre-registration for this event is now closed; box office will open at 6:15 PM.

The New York Guitar Seminar at Mannes returns to Music of the Americas in 2016. This concert continues our celebration of Alberto Ginastera's centennial with a rare performance of a voice and guitar version of Cinco canciones populares argentinas, op. 10, prepared by Carlos Barbosa-Lima at the composer's suggestion, and Nicholas Ciraldo performing the seminal Guitar Sonata. The program also features the Duo Montes-Kircher in a set of Venezuelan music. The NYGS offers classical guitar students the opportunity to join the world's top performers and competition winners for a packed week of concerts, masterclasses, rehearsals, and workshops.

Nicholas Ciraldo is a leader among his generation of American classical guitarists. At the start of his career, he won awards and reached high levels at the Trédrez-Locquémeau International Guitar Competition (France), the Gaetano Zinetti International Chamber Music Competition (Italy), the Guitar Foundation of America Solo Guitar Competition (United States), the Portland International Guitar Competition (United States), and the Music Teachers National Association Guitar Competition (United States). Soundboard magazine states that Ciraldo’s performances are, “without reservations, marvelous . . . with abundant technique and commitment to the music . . . one of the best.” Allmusic.com defines his playing as “confident . . . goes right to the heart of the music, with his precise, active, athletic style.” Baton Rouge's The Advocate calls him “definitely in command . . . generating a collective gasp of amazement in the audience.” Kansas City’s Journal of the Performing Arts said Ciraldo’s “touch was nimble and delicate, skilled without being flashy. The instrument was a clear extension of the performer, with integrity of sound and performance taking precedence.” An avid chamber musician, Ciraldo has collaborated with harpist Franziska Huhn, guitarist Eliot Fisk, trumpet player Brian Shaw, violinist Stephen Redfield, and the Quadrivium Guitar Quartet. Currently, Ciraldo performs with flutist Rachel Taratoot Ciraldo in the Duo Ciraldo.  Their concert venues have included the National Flute Association Convention, the Pelican State Chamber Music Series, Christ Church of Pensacola, and the Escola de Música e Belas Artes do Paraná (Brazil).

Acclaimed for her “smoldering stage presence” (New York Times) her “richly hued voice” (BBC Music magazine), New York-based Argentine mezzo-soprano Solange Merdinian has garnered an international reputation for her versatility and interpretation as a recitalist and chamber musician, in repertoire ranging from baroque to contemporary, tango to cabaret, art song to opera. She is the co-founder and co-artistic director of the New Docta International Music Festival in Córdoba, Argentina. Highlights include Merdinian’s critically-praised “tour de force” debut role of Maria in Piazzolla’s tango-opera Maria de Buenos Aires with the Lexington Philharmonic and with Opera Hispanica at Le Poisson Rouge in New York City; alto soloist in Bach's Saint Matthew Passion with La Barroca del Suquia (Argentina); soloist in El Amor Brujo by Manuel de Falla at the Phoenicia International Festival of the Voice (New York); singing at Madison Square Garden representing Argentina with the national anthem; debut in the pop world for the Hollywood movie The Hundred-Foot Journey singing a single song by Oscar-winning composer A.R. Rahman, who invited her to be a featured artist of his 2015 U.S. tour stop in New York. She recently completed a four-year world tour with the Philip Glass Ensemble in the award-winning production of his landmark opera Einstein on the Beach. She has also appeared in “Dawn Upshaw and Friends” at the Classical Singer Convention and in Upshaw and Osvaldo Golijov’s Composing Song workshop at Carnegie's Zankel Hall. In May 2009, Merdinian graduated with a Masters in voice and vocal performance from Bard College Conservatory of Music, a new curriculum designed by Upshaw. In 2007, she received her Bachelors of Music from The Juilliard School.

German guitarist Irina Kircher began to play the guitar at age 6 and was accepted as a special student at the Hochschule für Musik und Darstellende Kunst in her native Stuttgart, where she studied with Mario Sicca. At age 10, Kircher won the first of several prestigious guitar prizes, including the German “Young Musician of the Year” award in 1976. In 1983, she moved to Caracas, where she studied with Antonio Lauro. Kircher has composed and arranged many works for guitar solo, duo, trio, quartet, and guitar ensemble, many of which are published. She has been an active pedagogue for decades as guest faculty for many of the most important international guitar events. She was a lecturer at the Institute for Musical Studies (IUDEM) in Caracas from 1997 to 2000, after which she returned to Stuttgart, where she has since been the director of the guitar department of the Stuttgarter Musikschule. In addition to her collaboration with Alfonso Montes, Kircher has done many recordings as a soloist, including Rodrigo’s Concierto de Aranjuez and Giuliani’s A Major Concerto with the Berlin Philharmonic under Eduardo Marturet.

Alfonso Montes’ early involvement with folk music quickly developed into formal studies with Leopoldo Igarza in his native Caracas. In 1976, he won a scholarship from the Venezuelan Cultural Council, which enabled him to study for six years in London with the British composer John William Duarte and obtain a performance diploma from the Royal College of Music. In 1983, upon returning to Venezuela, he became a dominant influence in the world of guitar and was appointed as the first guitar lecturer at IUDEM. At same time, Montes worked with Venezuelan composer Antonio Lauro and visited Cuba to study the works of Leo Brouwer. His music has been performed and recorded by many major orchestras and soloists worldwide. Besides his work with Kircher, Montes has recorded with Paco de Lucía and John Williams, among others. He lives in Stuttgart.