Admission: This event has been moved online and will be webcast on this page on the day of the event. No registration is required to watch.

Enjoying our programs? Not yet a member? Learn how to become an Americas Society member to support this and our many other events.

For the 12th consecutive year, Americas Society will host the New York Guitar Seminar at Mannes’ opening concert. This year, we are fortunate to have Berta Rojas, one of today's foremost classical guitarists who welcomes us into her "Home Session" for this beautiful and poignant virtual concert.

Renowned for her flawless technique and innate musicality, Berta Rojas ranks among today’s foremost classical guitarists. She has been praised as “guitarist extraordinaire” by the Washington Post and by Classical Guitar Magazine as “Ambassador of the classical guitar.” She has been nominated three times for a Latin Grammy Award; in the category of “Best Instrumental Album” for Día y Medio - A Day and a Half, a duet with Paquito D'Rivera (2012), in the category of “Best Classical Album”, for her album Salsa Roja (2014), and more recently in the category of “Best Tango Album”, for her album History of Tango (2015), recorded with the Camerata Bariloche. On her latest recording, Felicidade (2017), she pays tribute to Brazilian music, with guest artists including Gilberto Gil, Toquinho and Ivan Lins.

After initial studies in her native Paraguay with Felipe Sosa and Violeta de Mestral, Rojas studied in Uruguay under Abel Carlevaro, Eduardo Fernández and Mario Payseé, and at the Peabody Institute under Manuel Barrueco, Ray Chester and Julian Gray. She has recently joined the prestigious Berklee College of Music as Associate Professor, sharing her knowledge and love of music with a select group of young guitarists from all over the world.

Berta Rojas has been ranked amongst the most influential women in the Hispanic world (EFE and EsGlobal 2014; 2017). She has been named a Fellow of the Americas by the Kennedy Center for the Performing Arts for her artistic excellence, and honored by her country with the title Illustrious Ambassador of Musical Art. In 2015, she was awarded the National Order of Merit of the Comuneros, and the title of Doctor honoris causa by two national universities. In 2017, in recognition of her outstanding contribution to culture, she received both the National Order of Merit Don José Falcón and the Carlos Colombino Award. 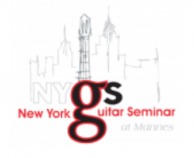