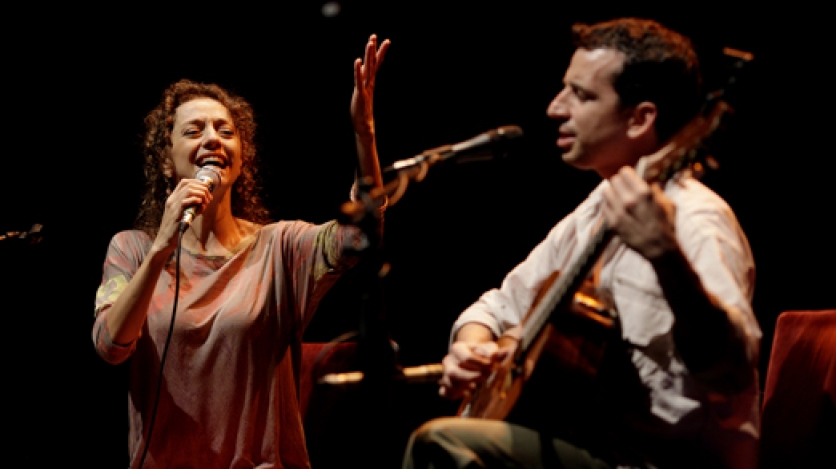 (Image: Courtesy of the artists.)

(Image: Courtesy of the artists.)

Pre-registration for this event is now closed. Box office will open at 6:15 PM, cash and all credit cards accepted.

These folk singers began their collaboration 12 years ago and recently released their fifth album, Después de usted. Composer Quintero creates an intimate dialogue between his guitar and Monti's vocals with original compositions. They operate beyond the romantic clichés and desperate grief of most "folk" artists of their generation with their own sound and style that is infused by popular Argentine music. Their subtle use of vocal counterpoint intermixed with Quintero's unusual instrumental arrangements is utterly unique, and they frequently interweave classic songs with more recent compositions.

Multiple Grammy Nominee and Guggenheim and MacArthur Fellow Miguel Zenón represents a select group of musicians who have masterfully balanced and blended the often contradictory poles of innovation and tradition. Born and raised in San Juan, Puerto Rico, Zenón has released seven recordings as a leader including Oye!!! Live In Puerto Rico (2013) and the Grammy-nominated Alma Adentro (2011). In 2011 he founded Caravana Cultural, a program which presents free Jazz concerts in rural areas of Puerto Rico. He has received a fellowship from the Guggenheim Foundation, and received a MacArthur Fellowship in 2008.