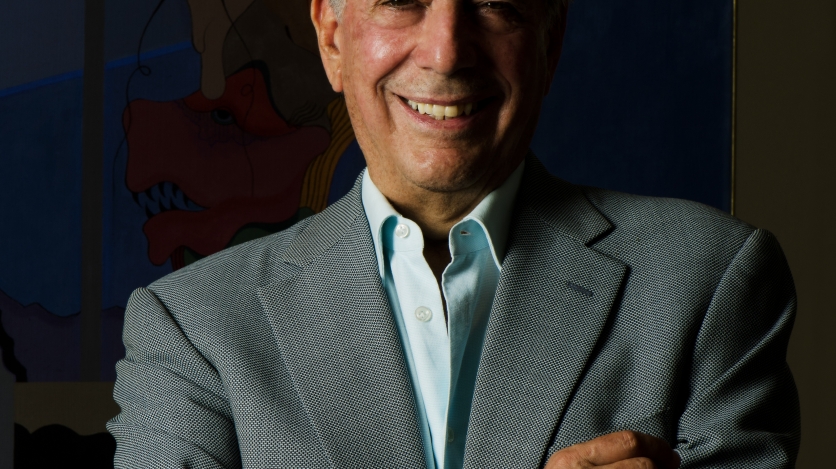 Mario Vargas Llosa's The Dream of the Celt, Translated by Edith Grossman

Not yet an Americas Society member? JOIN NOW to join us free at events such as this one.

This much anticipated event brought together 2010 Nobel Laureate Mario Vargas Llosa and renowned translator Edith Grossman, recipient of the PEN/Manheim Medal for Translation, in a public conversation in celebration of the author’s latest novel, translated by Grossman and published this year by Farrar, Straus and Giroux. Jonathan Galassi, publisher of FSG, opened the event. Vargas Llosa and Grossman will cover not only the author’s latest novel but a host of other topics relating to literature, history, and aesthetics.

In The Dream of the Celt, Vargas Llosa has written a fictionalized biography of Roger Casement (1864-1916), a British hero knighted by the king and an international celebrity for his grueling and unsparing investigations of atrocities committed against the native rubber workers in the Belgian Congo and the Putumayo jungles of Peru. An ardent Irish nationalist, Casement was hanged by the British government for his part in the Easter 1916 uprising. In Grossman’s elegant, precise translation, Vargas Llosa further explores “the cartographies of structures of power” and “the individual’s resistance, revolt, and defeat,” to quote the Nobel Committee’s assessment of his creative body of work.

Presented by the Americas Society and Farrar, Straus and Giroux as part of Carnegie Hall’s New York citywide “Voices From Latin America” festival. In English.

Born in Peru in 1936, renowned novelist Mario Vargas Llosa won the Nobel Prize for Literature in 2010. Peru’s foremost writer, he has also been awarded the Cervantes Prize, the Spanish-speaking world’s most distinguished literary honor, and the Jerusalem Prize, among numerous other accolades. His many novels in translation include The Time of the Hero (1966), Conversation in the Cathedral (1975), Aunt Julia and the Scriptwriter (1982), The War of the End of the World (1984), and The Storyteller (1989), The Feast of the Goat (2002), The Bad Girl (2007), and now The Dream of the Celt (2012). He lives in London.

Edith Grossman has translated works by Nobel laureates Mario Vargas Llosa (most recently, The Dream of the Celt), and Gabriel García Márquez, as well as by Carlos Fuentes, Mayra Montero, Álvaro Mutis, and others. Her 2003 translation of Cervantes’s Don Quixote has been praised as one of the finest English renditions of that masterpiece. Among her other translations are Antonio Muñoz Molina's A Manuscript of Ashes (2010; Queen Sofia Spanish Institute Translation Prize) and Luis de Góngora’s The Solitudes (2011). Grossman received the PEN/Ralph Manheim Medal for Translation in 2006. She lives in Manhattan.

Jonathan Galassi is president and publisher of Farrar, Straus and Giroux. He is also the author of poetry collections including North Street: Poems (2000) and Left-Handed: Poems (2012), and translations including The Second Life of Art: Selected Essays of Eugenio Montale (1982), Collected Poems, 1920-1954: Eugenio Montale, and Canti, by Giacoo Leopardi (2010).