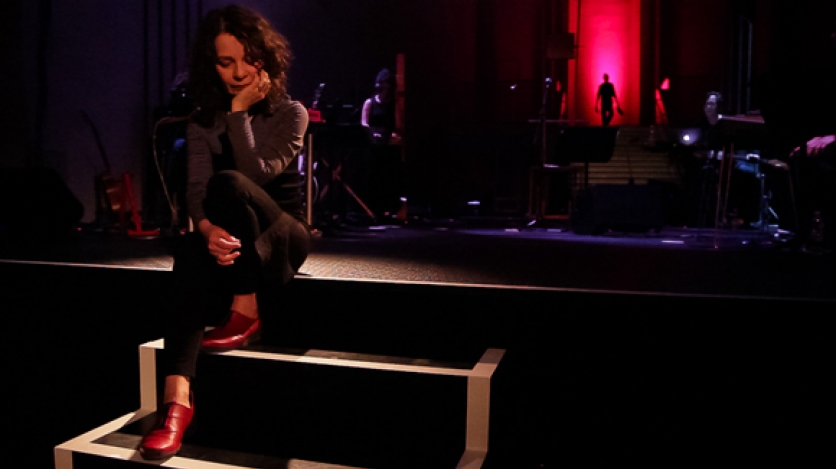 Preregistration for this event is now closed. Tickets will be available for purchase at the door beginning at 6:15 PM.

Admission: FREE for AS and YPA Members; $20 for non-members. No additional fees will be charged when purchasing online. $10 tickets will be available for purchase at the door for students with ID and seniors. YPA Members who wish to register for this event should email Martha Cargo at mcargo@as-coa.org.

Not yet an AS Member? Join NOW!

Music of the Americas presents Colombian vocalist Lucía Pulido in "Canciones de Despecho" (Songs of Broken Love), a program of Latin American love songs made popular from the 1930s to the 1960s by Julio Jaramillo and Cuco Sanchez, among others. The central motif of this set of boleros and waltzes is the intense pain produced by unrequited love.

Colombian singer Lucía Pulido has an experimental style marked with a distinct sophistication and has participated in a diverse range of projects, from traditional Colombian music to jazz and world music. The New York Times raved: "Ms. Pulido holds on to the rawness of the original melodies while giving them a sophisticated new context." From traditional genres such as cumbia and bullerengue from the Atlantic coast, currulaos from the Pacific coast, to joropos from the Colombian eastern plains, Pulido's repertoire extends to herding songs (cantos de vaquería), funeral laments (alabaos), and harvest chants (cantos de zafra), enabling her to explore her full range of expression.

Pulido has recorded with jazz greats Ed Simon, Dave Binney, and Erik Friedlander, and with experimental and electronic musicians such as Christian Fennez and Burkhard Stangl (Vienna). She has performed at venues throughout New York City, including at the Carnegie Hall Neighborhood concert series, and received a grant from the Lower Manhattan Cultural Council. She was also Artist-in-Residence in Krems, Austria for two consecutive summers. Her discography includes Lucía (Sonolux), Dolor de Ausencia (FM), Songbook I, II and III with guitarist Fernando Tarrés (BAU Records), and Waning Moon - Luna Menguante (Adventure Music). Prior to her arrival in New York City, she was part of the Colombian duo Iván y Lucía with singer/songwriter Iván Benavides, with whom she performed for 10 years, recording three LPs in the late 1980s and touring Europe and Latin America.