Annenberg Space for Photography
2000 Avenue of the Stars 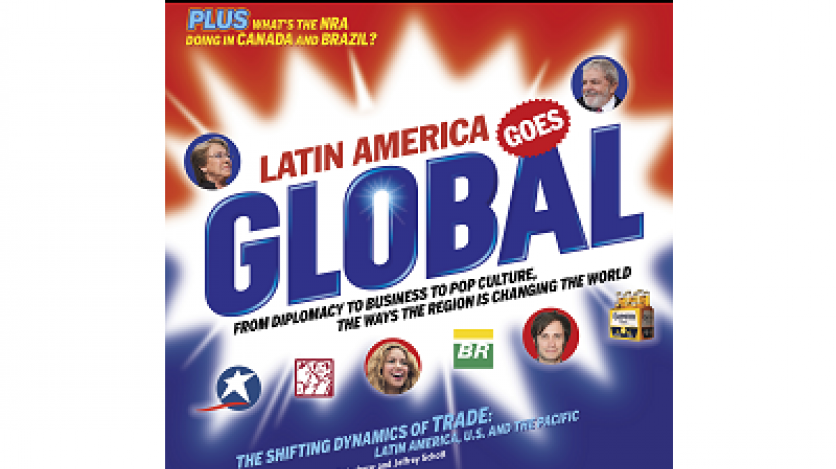 Annenberg Space for Photography
2000 Avenue of the Stars

The Annenberg-Dreier Commission at Sunnylands and Americas Society/Council of the Americas presented a special symposium to celebrate the publication of the Spring 2013 issue of Americas Quarterly: Latin America Goes Global: Implications for U.S. Policy.

Watch the introductory remarks and the first panel:

Brazil aspires to become a global player; Mexico and Pacific Rim countries—along with the U.S.—are looking to build a pan-Pacific trade bloc; relations between the ALBA countries and countries such as Iran are challenging the norms developed by Western powers after World War II; and Latin American companies have become global private sector leaders. How do we understand these shifting, complex developments and their impact on relations within the hemisphere, on multilateral institutions and decision making, and on the broader world system?

Policymakers and scholars discussed the new trade and investment relations and their impact on diplomacy, the effect of these changes on the weight and reform of multilateral institutions and political blocs, and how the U.S. should respond.

The half-day symposium examined shifting economic and diplomatic dynamics between Latin America and the rest of world and the implications for U.S. policy toward the region and globally.