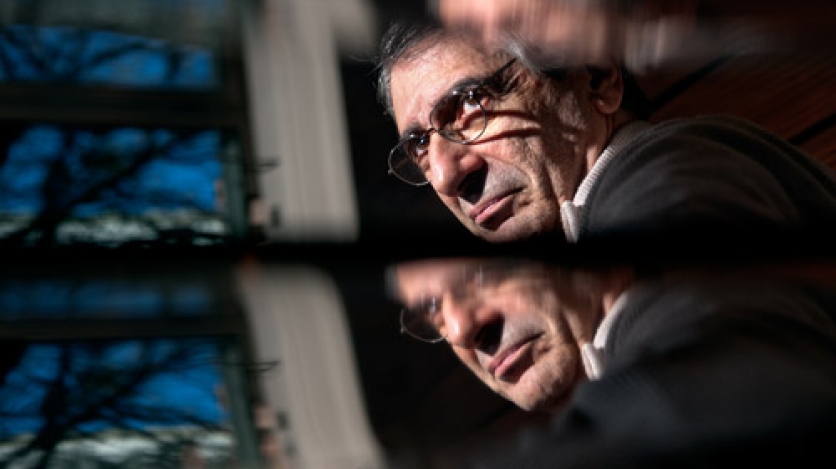 Pre-registration for this event will end at 3 PM. Box office will open in the lobby beginning at 6:15 PM.

In his Music of the Americas debut, legendary Argentine guitarist and composer Juan Falú presents a solo recital. Throughout his long performing and recording career, Falú has revealed a deep understanding of the music of his homeland, expanding from the roots to new horizons imbued with a unique capacity for improvisation. With special guests Jacinta Clusellas (vocals) and Federico Díaz (guitar).

Program to be announced.

Juan Falú is a self-taught musician, considered a fundamental reference for Argentine music in his double role of composer and performer. He received an honorary doctoral degree from the Universidad Nacional de San Martín (Argentina) in 2015 and was named Outstanding Cultural Personality by the Legislature of Buenos Aires in 2014. He was awarded the Premio Nacional de Música by the Argentine government in 2000; the Premio Clarín for Best Argentine Folk Artist in 2001 and 2007; the Premio Konex in 2005; and the Premio Gardel, for which he was nominated five times, in 2008. His compositions for guitar delve into the roots of Argentine music, and his vocal works are infused by the repertoire of many outstanding interpreters of Argentine folklore. As a performer, Falú reveals a deep understanding of the music of his homeland, expanding from the roots to new horizons imbued with a unique capacity for improvisation. He taught at the Conservatorio Manuel de Falla in Buenos Aires, where he established the licentiate in Argentine music. He was most recently on faculty at the Universidad de San Martín, where he created a degree program in folk music and tango.