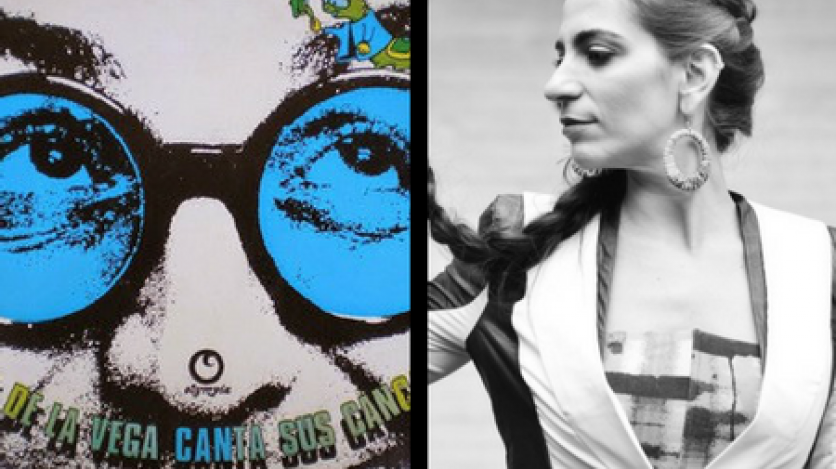 Pre-registration for this event is now closed. Box office will open at 6:15 PM in the lobby of the building.

Jorge de la Vega (1930–1971) was an Argentine painter, graphic artist, draftsman, singer, and songwriter. De la Vega studied architecture in Buenos Aires for six years, and then became a self-taught painter. From 1961 to 1965 he was a member of the art movement called Nueva Figuración, during which he became a member of the Otra Figuración group. In the final years of his career and life, he wrote and sang popular protest songs that expressed his humorous view of the world. In addition to museums in Argentina, his works hang in the Phoenix Art Museum, the Museu de Arte Moderna do Rio de Janeiro, and the Art Museum of the Americas at the Organization of American States in Washington, DC.

Guitarist, vocalist, and songwriter Juancho Herrera has carved a name for himself in the New York Latin and world music scenes. Drawing from his South American roots and the influence of jazz and blues, Herrera has created an extensive repertoire of original songs and unique renditions of Latin American music. Born in Colombia and raised in Venezuela, Herrera graduated from Boston’s Berklee College of Music in 1997 and established himself in New York over the next few years. Herrera has been an essential collaborator with some of the era’s definitive voices in jazz and world music, including Chilean vocalist Claudia Acuña, Colombian singer/songwriter Marta Gomez, Oaxacan-American vocalist Lila Downs, and Rei. He has performed and recorded with such luminaries as Mercedes Sosa, The Chieftains, Branford Marsalis, Ryuichi Sakamoto, Alejandro Sanz, Idan Raichel, and Johnny Pacheco.