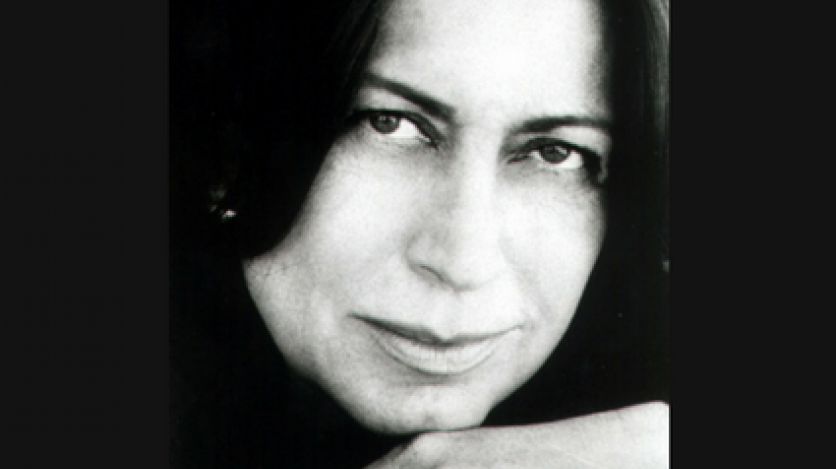 On Historical Memory: A Conversation between Nuria Amat and David Rieff

Spanish writer Nuria Amat (Amor y Guerra, 2012) engages in a dialogue about historical memory and identity in Latin America and Spain with essayist and political analyst David Rieff (In Praise of Forgetting: Historical Memory and Its Ironies, 2016).

Admission: FREE and open to the public. Pre-registration required.

Spanish writer Nuria Amat (Amor y Guerra, 2012) engages in a dialogue about historical memory and identity in Latin America and Spain with essayist and political analyst David Rieff (In Praise of Forgetting: Historical Memory and Its Ironies, 2016).

Nuria Amat in interview in Mexico on her book Sanatario (Canal 22).

Nuria Amat was born in Barcelona, Spain, where she now lives. She has spent long periods in Colombia, Mexico, Germany, France, and the United States. She holds a Ph.D in information science and technology (Universidad Autónoma de Barcelona) and has taught on the faculty of Library and Information Science at the University of Barcelona. Her novels and short stories have established her as one of the foremost Spanish authors in recent years. She has also published essays and poetry, as well as written for the press and the theater. Noted for the quality of her prose as well as for her innovative approach to literature from her very first works (the novel Pan de boda and the short stories in El ladrón de libros), Amat has heralded metaliterary fiction for Spanish-speaking audiences in such books as Todos somos Kafka and Viajar es muy difícil, both recently reissued and translated. Her play Pat’s Room premiered in Barcelona in 1997, the same year she started publishing a string of novels that ensured global visibility for her work: La intimidad, El país del alma (shortlisted for the Rómulo Gallegos International Novel Prize in 2001), and Reina de América, which won the Ciudad de Barcelona Award in 2002. Amat’s work has been translated to Arabic, English, French, Italian, Hungarian, Portuguese, Romanian, and Swedish. Queen Cocaine, the English version of Reina de América, was shortlisted for the renowned IMPAC literary award in 2007. Her two most recent novels are Deja que la vida llueva sobre mí (2008) and Amor y Guerra, winner of the Ramon Llull Catalan Literary Award in 2011, and published in Catalan (Edicions 62), Spanish (Planeta) and French (Éditions Robert Laffont). Letra herida, El libro mudo, Escribir y callar, and Juan Rulfo, an original biography of the renowned Mexican writer, stand out among Amat’s published essays. She has collected her poetry in Amor infiel (2004), an extraordinary recreation of Emily Dickinson’s poetic universe, and Poemas impuros (2008). In November 2008, she was invited by Carlos Fuentes and Gabriel García Márquez to participate as guest lecturer at the Julio Cortázar Seminar in Mexico. In October 2013, Amat received the Order Alejo Zuloaga in Venezuela, where she was invited to pronounce the inaugural speech in Valencia’s Book Fair.

David Rieff is an American writer and policy analyst. He has written widely on topics ranging from war, human rights, and humanitarian assistance in Africa, to Third World immigration to the United States, to cultural issues. He covered the Bosnian war, spending extended periods of time in Sarajevo during the siege, and the Rwandan genocide. He has also reported from Southwest Asia. He is the author of several books, including Los Angeles: Capital of the Third World, A Bed for the Night: Humanitarianism in an Age of Genocide, and Slaughterhouse: Bosnia and the Failure of the West. He is also co-editor (with Roy Gutman) of War Crimes, What the Public Should Know, a primer on international humanitarian law. Rieff was awarded the inaugural Haniel Fellowship in History and Public Affairs at the American Academy. (Source.)