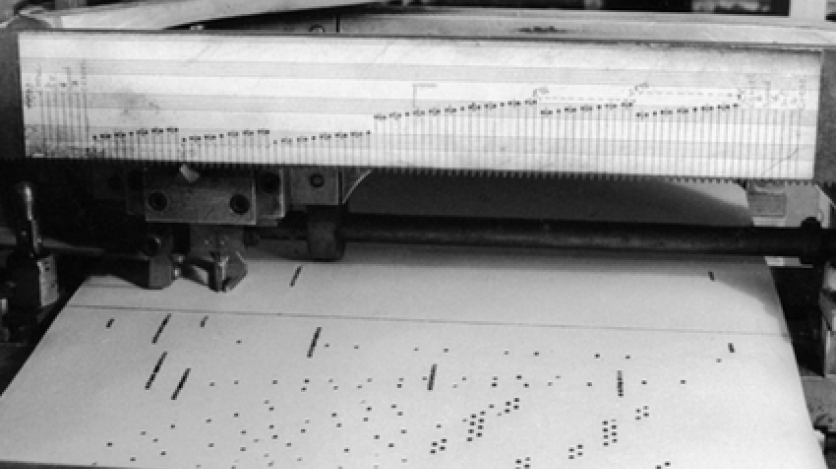 Over two evenings, Music of the Americas presents five new commissioned works for Disklavier and acoustic instruments inspired by the music of Conlon Nancarrow.

Over two evenings, Music of the Americas presents five new commissioned works for Disklavier and acoustic instruments inspired by the music of Conlon Nancarrow. The commissioned composers—Tatiana Catanzaro, Kyle Gann, Jaime E. Oliver La Rosa, Carlos Sandoval, and Sabrina Schroeder—are all active in the United States and Europe. Two of them (Gann and Sandoval) worked directly with Nancarrow and have conducted extensive research on his music. For the creation of these new pieces, the composers have taken Nancarrow’s music for player piano as a point of departure, combining automatic and human-powered instruments. The Yamaha Disklavier, a modern descendant of the player piano, serves as the common thread between all the pieces. The practice of transcribing Nancarrow’s music for newer automatic instruments and live instrumentalists began decades ago, and involved Nancarrow himself on several occasions. It is this rich space of interaction between live performers and the automatic piano, an instrument that performs without a live musician yet retains the physicality of a piano, that constitutes the focus of this project.

Born in 1912, Nancarrow joined the Abraham Lincoln Brigade at the start of the Spanish Civil War. Concerned by the harassment faced by other former Brigade fighters upon their return to the United States, he relocated to Mexico in 1940, where he remained until his death in 1997. Nancarrow’s renown rests on his later, intricately contrapuntal works, almost exclusively written for the player piano. Having spent many years in obscurity, the composer gained notoriety from the 1969 release of an entire album of his work by Columbia Records.