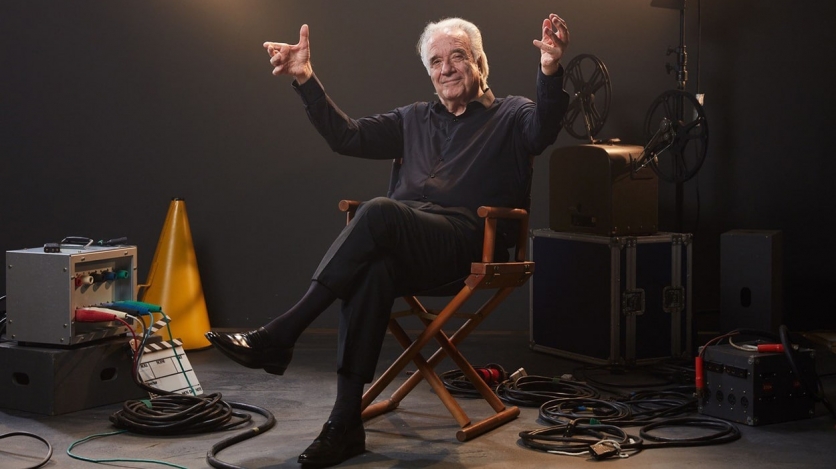 Music of the Americas will screen the film about the famed Brazilian pianist João Carlos Martins.

On November 18, we will host this event in person, and tickets are free. Please register here to reserve your seat.
Remember to follow us to watch exciting performances.

This screening of João, o Maestro, a biographical feature film, will be followed by a Q&A with João Carlos Martins, moderated by Larry Rother.

Born in 1940, Martins was a child with serious health problems. Because of this, he had a reclusive childhood. But one day, the piano came into his life and in a few years he turned into one of the biggest promises of the world classical music. The New York Times considered him "one of the most important pianists in the world." After making his Carnegie Hall debut sponsored by Eleanor Roosevelt in 1962, Martins appeared with major orchestras, played Bach recitals worldwide, and made recordings. The Boston Globe characterized him as "The most exciting player of Bach on the modern piano to emerge since Glenn Gould." Unfortunately, Martins lost his ability to play because of a series of tragic accidents, neurological episodes, focal dystonia for musicians, and a brutal mugging, and he has endured 25 surgeries. Since the early 2000s, he has focused on conducting, founding the Bachiana Chamber Orchestra and the Bachiana Youth Orchestra, which started with about 45 teenagers, some of whom were from the poorest neighborhoods around São Paulo. Today his 90-member Orquestra Bachiana Filarmônica SESI-SP performs over 2,000 concerts worldwide and in Brazil and this project involves 750 associated community Brazilian orchestras.

Martins is back in New York to celebrate the sixtieth anniversary of his Carnegie debut. On November 19, he will lead NOVUS NY in a program focusing on the music of Bach, the pioneering 20th century Brazilian Heitor Villa-Lobos, and André Mehmari, one of the most sought-after composers in Brazil.

This film will be presented in Portuguese with English subtitles. Any Portuguese dialogue during the Q&A will also be translated into English.

William Lawrence Rohter, Jr., known as Larry Rohter, is an American journalist who was a South American bureau chief for The New York Times from 1999 to 2007. Previously, he was Caribbean and Latin American correspondent of the Times from 1994 to 1999. He now writes about cultural topics.