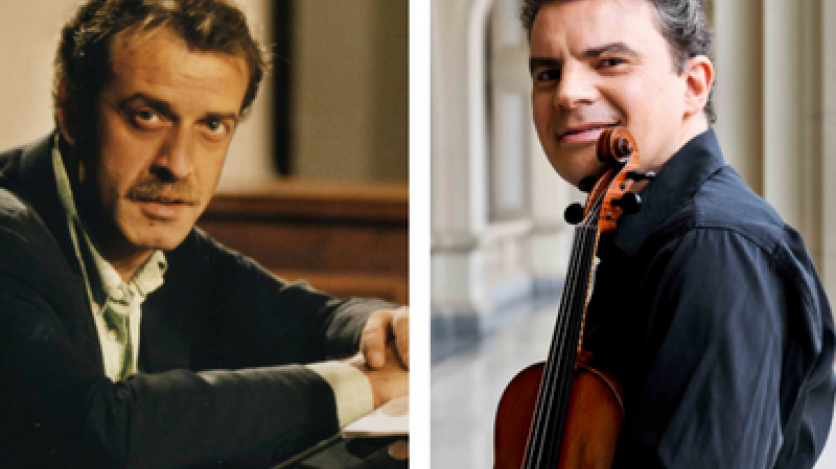 Brazilian-Italian violinist Emmanuele Baldini, who for over a decade has been concertmaster of the Orquestra Sinfônica do Estado de São Paulo, joins forces with pianist Roberto Turrin in "Americas."

Admission: FREE and open to the public. Pre-registration for this event is now closed. Box office will open for registration beginning at 6:15 PM.

Not yet a member? Learn how to become a Cultural Circle member for reserved seating at this concert.

Brazilian-Italian violinist Emmanuele Baldini, who for over a decade has been concertmaster of the Orquestra Sinfônica do Estado de São Paulo, joins forces with pianist Roberto Turrin in "Americas," a program featuring works by Aaron Copland, Alberto Ginastera, Heitor Villa-Lobos, and Toronto-based Polish composer Norbert Palej.

Violinist Emmanuele Baldini has performed as soloist and recitalist across the globe, with five concert tours in Japan, two in the United States, and one in Australia. He has performed in all the major European concert halls, in addition to those in Latin America and especially in Brazil, where he has made his home since 2005. His inexhaustible curiosity and passion for music broadens his horizons, and after a commendable career as violinist (with more than 15 recordings to his name, nearly 40 different violin concertos and all of the major violin sonatas in his repertoire), Baldini is embarking on new musical ventures as a conductor: he founded the OSESP Quartet with section leaders of the orchestra of which he is concertmaster; he's intensified his teaching activities; and with the violin he's begun to explore the vast musical treasures of the Brazilian repertoire, much of which remains unknown. He has served as concertmaster of the Orchestra del Teatro Comunale di Bologna, Orchestra del Teatro alla Scala di Milano, Orchestra del Teatro “Guiseppe Verdi” di Trieste, and as concertmaster of the Orquestra Sinfônica do Estado de São Paulo (OSESP), Brazil, since 2005.

Italian concert pianist Roberto Turrin graduated from the "G. Tartini" Conservatory of Music (Trieste, Italy) where he studied with Luciano Gante, as well as Lya De Barberiis in Italy and Switzerland. After receiving awards from international music competitions in Stresa and Morcone, he began his career as a soloist, performing throughout North America and Europe. Among Turrin’s accomplishments include duo ensembles with violin and clarinet, as well as numerous recordings for television and radio (RAI Italy, RadioTv Slovenia, Tv Polska, Belarus T.V.). Turrin currently serves as director of the “G. Tartini” Conservatory of Music; he previously served as artistic director of International Music Festival “Echoes” (Central European Initiative) and has been invited for the masterclass “The Piano Literature of the XX century” by many North American and European universities, including San Francisco State, Stanford, University of Toronto, University of Illinois at Chicago, Escola Superior de Musica Lisbon (Portugal), National Music Academy Sofia (Bulgaria), Music Academy Zagreb (Croatia), Norges Musikkhogskole Oslo (Norway), and Universität für Musik und darstellende Kunst Wien (Austria).

The Composers Now Festival celebrates living composers, the diversity of their voices and the significance of their musical contributions to our society. During the month of February, the Festival brings together dozens of performances presented by venues, ensembles, orchestras, opera companies, dance companies and many other innovative events throughout New York City. Experience the sounds and get to know the creators behind the music. From jazz to indie, from classical to electronic and beyond, join us on a sonic journey through the landscape of the arts of our time. Find out more on the festival website.

The Consulate General of Brazil in New York 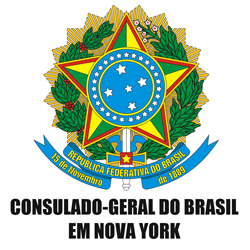