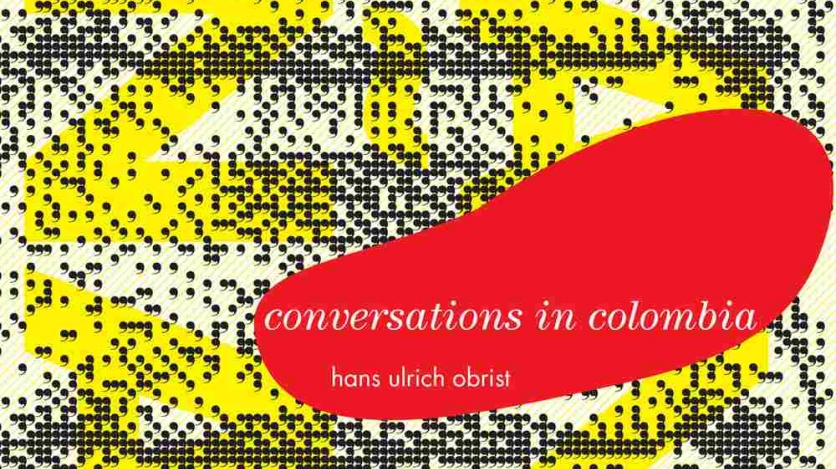 On May 5, Obrist presents a project he began in 2010 that turned into a comprehensive mapping of that country’s artistic landscape.

This event is free and open to the public.

Hans Ulrich Obrist, Artistic Director, Serpentine Galleries, will interview artists Miguel Ángel Rojas and María Fernanda Cardoso. They will present Conversations in Colombia, a project he began in 2010 that turned into a comprehensive mapping of that country’s artistic landscape. It is not only a book of interviews with artists, filmmakers, writers, and even the former mayor of Bogotá, but a multilayered collaborative project with special contributions by artists.

This program is made possible by the generous support of Casas Riegner, Bogotá, and Sicardi Gallery, Houston, Texas.

Hans Ulrich Obrist (b. 1968 in Zurich, CH) is Artistic Director of the Serpentine Galleries, London. Prior to this, he was the Curator of the Musée d’Art Moderne de la Ville de Paris. Since his first show “World Soup” (The Kitchen Show) in 1991 he has curated more than 300 shows. In 2011 Obrist received the CCS Bard Award for Curatorial Excellence, and in 2015 he was awarded the International Folkwang Prize for his commitment to the arts. Obrist has lectured internationally at academic and art institutions, and is contributing editor to several magazines and journals. His recent publications include Conversations in Mexico, Ways of Curating, The Age of Earthquakes with Douglas Coupland and Shumon Basar, and Lives of The Artists, Lives of The Architects.

Miguel Ángel Rojas is a conceptual and multimedia artist whose work addresses subjective experience, identity, and politics. His projects have included indictments of international drug trafficking and violence, and much of his work focuses upon experiences of marginality. In 1973, he began one of his most important series of photographs, the Faenza series. Rojas took these photographs—of encounters between gay men at B-movie theaters in Bogotá—secretly, hiding his camera in a suitcase or under a jacket. The resulting images are ghostly records of the affective and physical experiences of a largely invisible community. Throughout the 1970s and 1980s Rojas also worked with engraving, drawing, video, intaglio, stitching, and photographic reductions. In the mid-1990s, Rojas began using coca leaves in his work. Initially the works explored histories of indigenous life in Colombia, but over time Rojas began using them to comment upon the production of cocaine for consumption in the first world. Since the 1990s, he has used coca to reconstruct pop imagery, bringing consumerism into dialogue with widespread political and social problems. Rojas lives and works in Bogotá, Colombia.