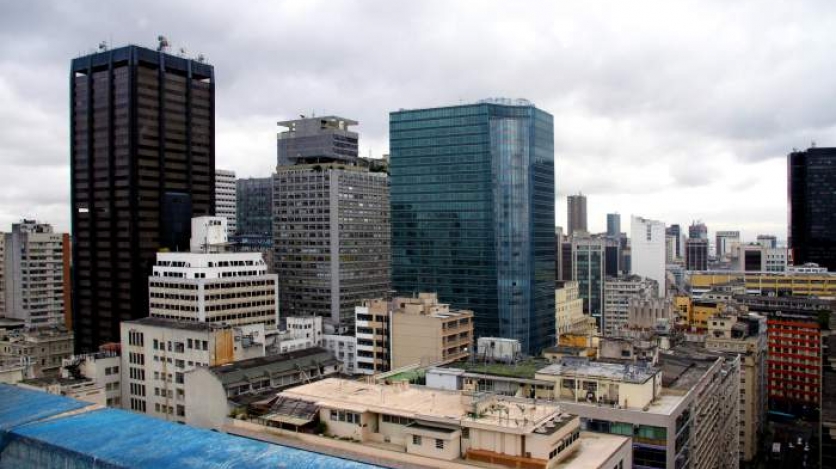 Academics, researches, and practitioners will join in a relevant discussion around public space though readings and examples of current cities of Latin America.

Admission is open to the public and free of charge. Kindly register.

This panel discussion will present contemporary readings and examples of current cities of Latin America. Academics, researchers, and practitioners will join in a relevant discussion around public space, informality, planning, and spatial practices around design and policy in Latin American cities.

Marina Correia is a Brazilian architect currently living in New York. She is an Adjunct Professor at The City College of New York and a PhD Candidate at the University of Sao Paulo. Her professional practice in architecture was established in 2013 and is currently engaged in the development of Casa do Musico, a non-profit music and education organization in Rio de Janeiro, a new commercial building in Sao Paulo and the interior design of a new residential building in New York. She recently co-edited the book Conversations on Ecological Urbanism in Latin America, a project by Harvard Graduate School of Design currently in progress. She has a Master Degree in Architecture from Harvard University (2013) and a Bachelor of Science Degree in Architecture from The City College of New York (2006).
www.marinacorreia.com

Alejandro De Castro Mazarro is an Adjunct Assistant Professor in the Urban Planning program at Columbia GSAPP, focusing on the conflicts existing between architecture's social practices and spatial biases. Alejandro coordinated GSAPP's Latin Lab research group from 2010 to 2016, and has been a visiting professor at Harvard University, Pratt Institute, the Technical University Darmstadt, the Institute of Urbanism of Grenoble, and Escola de Cidade (Sгo Paulo) among others. He participated at the Chilean Architecture Biennale (2017), and the exhibition "Participatory City" at the Guggenheim Museum in Nueva York (2013). He is co-editor of the book Who Cares for Chilean Cities? (ARQ & GSAPP, 2014) along with Francisco Dнaz. Alejandro holds an MS degree in Architecture from Columbia University, and a PhD degree from the University of Alcalб de Henares, Madrid.

Mecky Reuss and Ana Paula Ruiz Galindo are the founders of Pedro & Juana, a research, design, and architecture studio based in Mexico City. Prior, Mecky studied architecture at TU Delft and worked in two different artist studios in Rotterdam and Los Angeles. He is currently a visiting professor at Cooper Union. Pedro & Juana explore the capacity of objects to change their environment, through and indiscriminate use of materials, extreme playfulness with surfaces, mere placement, color, form or/and by tweaking their original function. Some of them are: Sesiones Puerquito or Little Pig (2012-2014), cooking a suckling as a pretext for better conversation. Archivo Pavilion (2012), an intervention in the gardens of Archivo Diseño y Arquitectura DF/Mexico. Casa Reyes (2011- 2012) an annex in an ex-colonial house in Merida/Yucatan. With Love from The Tropics (2016-2017) a hanging flexible garden for The Commons at the MCA in Chicago/US.

Alejandra Navarrete Llopis is a New York based architect and founding partner of Nami Studio, an architecture design and curatorial office working on public and private projects in Europe and in the US. Her work has been granted by NYSCA, the Graham Foundation, and by other European institutions. She was Chief Curator of the Oslo Architecture Triennale 2016 together with the After Belonging Agency. Navarrete has taught studios and seminars at Columbia University GSAPP, Pratt Institute, New Jersey Institute of Technology and Virginia University School of Architecture. Her ongoing research focuses on the spatial implications of the mechanisms of inclusion and exclusion in the contemporary city.
www.namistudio.com

Marcelo López-Dinardi is an immigrant, researcher, and educator based in New York City interested in the various scales of design, in the practice of architecture as research, and the intersection of architecture and political economy. As partner of A(n) Office was selected for the US Pavilion in the 2016 Venice Architecture Biennale and was a Fellow for Ideas City. He completed a B.Arch. from the PUPR and a MS in Critical, Curatorial and Conceptual Practices from Columbia GSAPP. Is currently working on a research project about the spatial impact of Puerto Rico’s fiscal debt.
www.marcelolopezdinardi.com